Differences between Artisanal and Industrial Cachaça

Most specialists agree that there are important differences between an artisanal and an industrially produced cachaça.  There are even some poor souls that might say “the worse the cachaça the better the caipirinha”, or that cachaca, in truth, cannot be aged.  Come friends, let us look at, the reality and the facts.

Like everything that is made by hand, Artisanal (or small-batch) cachaça has many different flavors.  Of course, using a certain kind of still cannot guarantee a “tastier” product, but the right machine in the right hands can change the quality of the product.  What many people do not know is the smoothness and suaveness of a well-made hand-crafted cachaça. Many people, both outside and inside Brazil, have an image of cachaça in the mind as a “strong” product, or with a taste not as excellent as a fine spirit.  Few people outside of Brazil know that the best cachaças are as fine as the finest whiskies, with an immense depth of flavor. For all that, this difference of range between one cachaca and the other, is crucial if we wish to understand the value of this noble product, or even better to make people sense its true value and potential.  What else, of course, is terroir, in wine or in cachaça, which is to say, the specificity of each region and each producer?

Artisanal cachaça, in contrast, can range into the thousands of dollars per bottle for rare cachaças.  Within Brazil, it attracts connoisseur that appreciate fine cachaça from one region or the other, or from one well-known producer or another.

In order to be made in an artisanal manner, artisanal or alembic cachaca has another ingredient in its composition: the copper pot stills.   Made by a good master distiller, artisanal cachaca using pot stills is capable of resulting in a finer drink richer in flavors, aromas and colors: the components that make a noble cachaca.

Copper pot-still cachacas present levels of aldehydes and methanol superior to cachacas made in column stills.  Academic studies show that column stills are higher in dimethylsulfate, higher-order alcohols and esters.  Steel stills produce a cachaca with less flavor, reducing its sensory qualities and producing an odor of steel, which is not as agreeable in the final product.  The chemical reactions catalyzed by copper in the alembics are capable of reducing the levels of dimethylsulfate, the principal component resulting in flavorless cachaca.

It’s important, even if it does not have an identical simplicity as an industrial process, that each cachaca of quality must have: the great secret of a master distiller’s skill in separating the distillate into head, heart and tails.

Artisanal cachaca of quality must be composed of 100% of the heart of the cachaca distillate.  In the head and in the tail there can be perfume-like and scent elements, but dangerous to health. Nevertheless, the separation of the heart is necessary to result in a quality product.  The additional time taken with distillation is a major component in the price difference between industrial and artisanal cachaça.

Aguardente, or industrial cachaça and Cachaca are not the same beverages by law or by name.  Too many people in the U.S. that consume cachaça – and may even have had a negative opinion about it – have been consuming Brazilian aguardente instead of true cachaça.  Recent changes in Brazilian legislation have attempted to address this problem.  Aguardente, in addition to differences in distillation, often has sugar added to cover up the flavor.

Some bars in the U.S. carry industrial cachaça as their cachaça of choice, on their back bar or in their well.   These bars would not be likely to carry a “value” product in a different category for their customers, but have not always been aware that cachaça is, in fact, a quality distillate as well.

In sum, artisanal cachaças might change your perception of the category and have a world of fascinating flavor exploration for the bartender and for the consumer in this amazing and vast country of Brazil.

This content was translated with the help of Nathan Whitehouse – producer of [cachaca id=”22799″] Cachaça Avuá [/cachaca]. 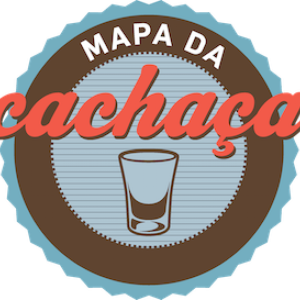